I have to start off by saying the Texans went to a Super Bowl contender’s house and played them tough from the start of the game to the finish. Deshaun Watson looked the Dome in the face and didn’t blink once. The Texans even got a one point lead with 37 seconds left in the game.

Yet, Drew Brees went down and got in FG range and Will Lutz made a career high 58-yard FG. The Texans ended up losing 30-28 in a heartbreaker.

What do the Texans need to do to get over the hump? Obviously, they are a good team, but they just can’t finish close games versus elite teams. In 2017, Watson gave them a late game lead against the Patriots, only for the defense to give up the lead last second. Later that season, they went to Seattle and again captured a late game lead, only for Seattle to score again in the last second. Last season, same scenario. They went up to Philadelphia and took the lead in the 4th, only for them to lose by a last second FG. Last night, they went to the Dome and got the lead with 37 seconds left, only to lose to one heck of a FG by Lutz. The Texans are obviously a good team, but they are not a great team. Great teams find a way to win those 4 games I mentioned. Great teams close out in the 4th quarter. Great teams beat elite teams. The Texans have not proven to do anything.

Let’s start with the Heroes of week one’s game in New Orleans: 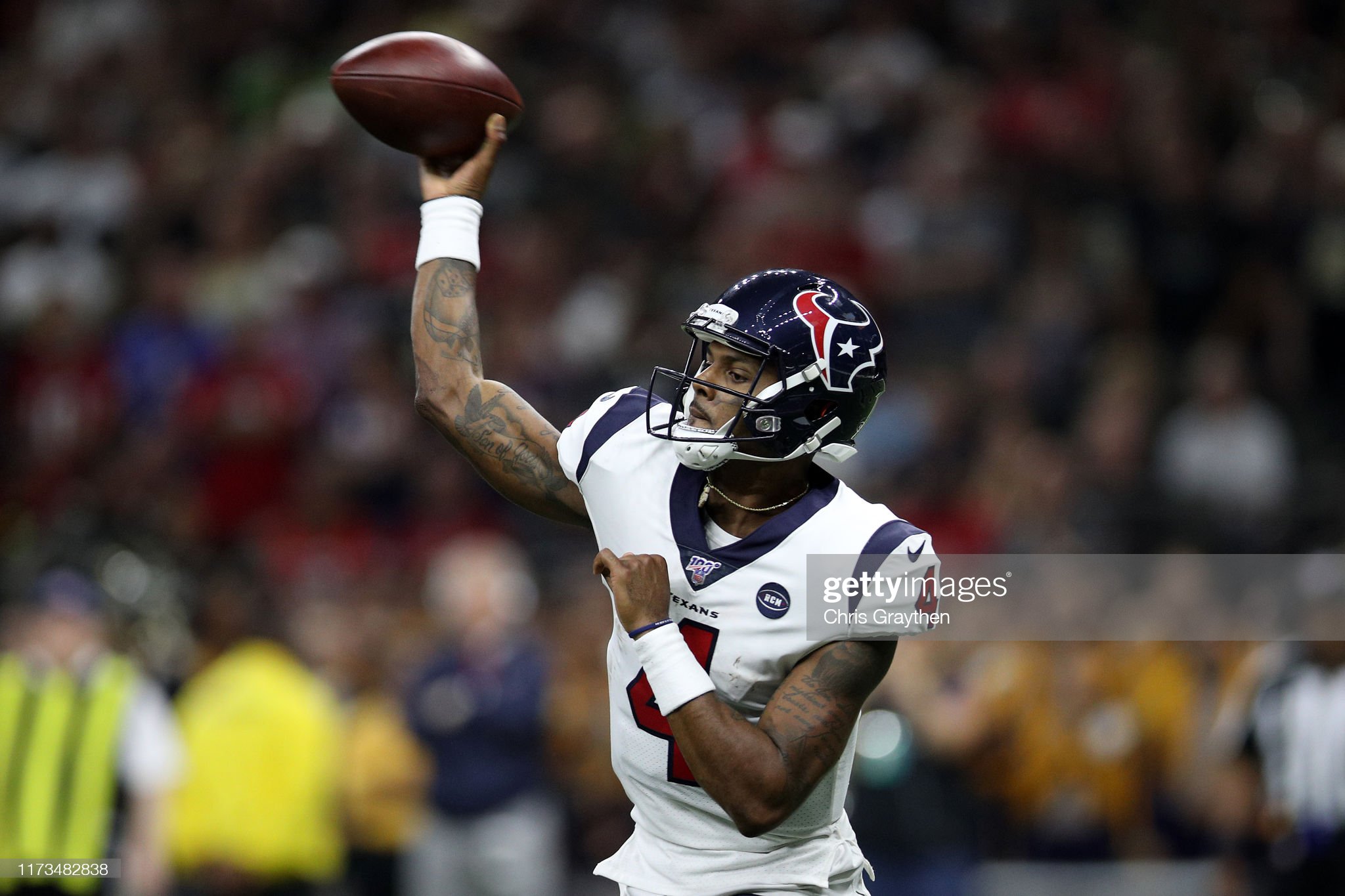 Watson has to be the first name on my list. I remember a reporter saying that he had the “Michael Jordan factor” to it, and I absolutely see it in him. Dude is just a baller, no doubt about it. Watson finished the game with a stat line of 20/30, 268 yards, and 3 passing TD’s. He added 40 rushing yards and 1 rushing TD as well. Watson threw a what should’ve been a game winning TD to Kenny Stills. If tonight was a preview of what to expect from Watson, then I expect the Texans to make a playoff run. 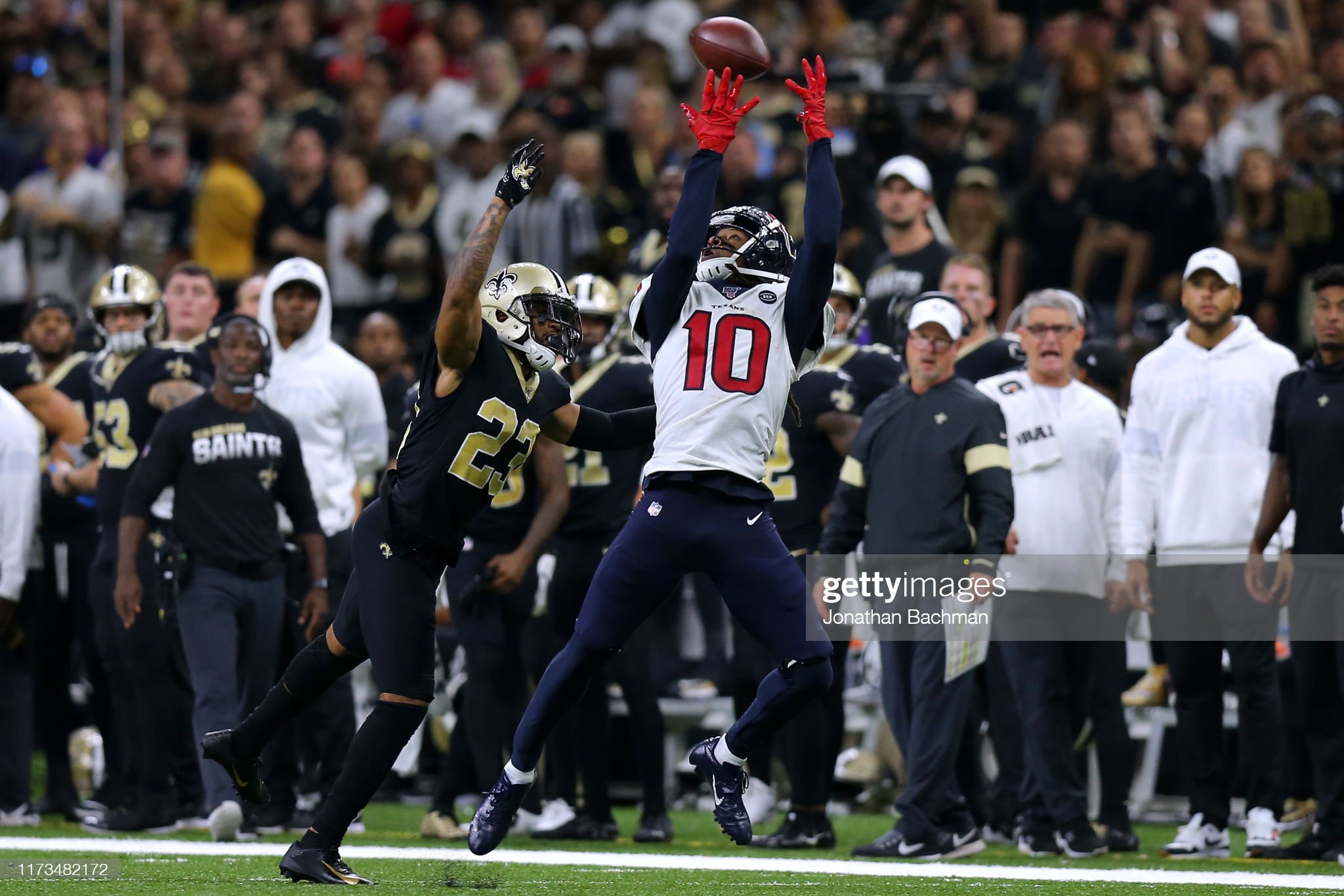 I have to say, I am shocked that Hopkins had 3 drops last night. He had 3 times as many drops this game than he did the entire 2018 season. However, Hop still dominated tonight. While facing one of the leagues premiere corners in Marshon Lattimore, Hopkins finished tonight with 8 receptions, 118 yards, and 2 TD’s. While this is an insane stat line, Hopkins should’ve have had more numbers against him. The Watson-Hopkins combination is set to have yet another dominant year. 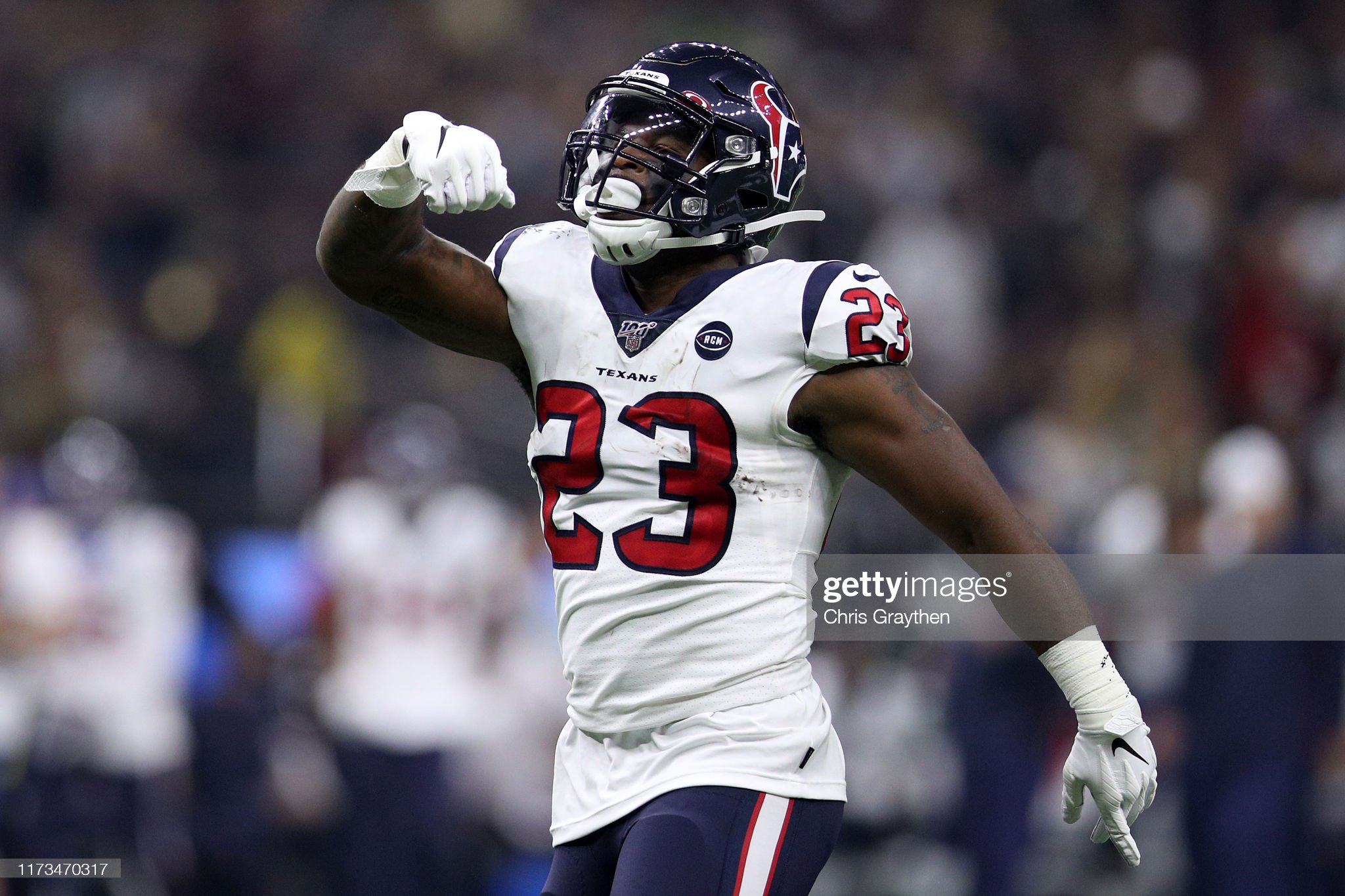 Let me tell you, I am absolutely shocked by how well the Texans RB’s performed tonight. Carlos Hyde and Duke Johnson haven’t been on this team for a month yet, and it showed at time during the game. Johnson ran the wrong direction in run plays a couple of times during the game, but this was to be expected. However, the run game looked much better with these two playing in it. In total, the running game finished with 180 yards and a rushing TD. The run game will be important this season, especially to take the pressure off Watson in the passing game. 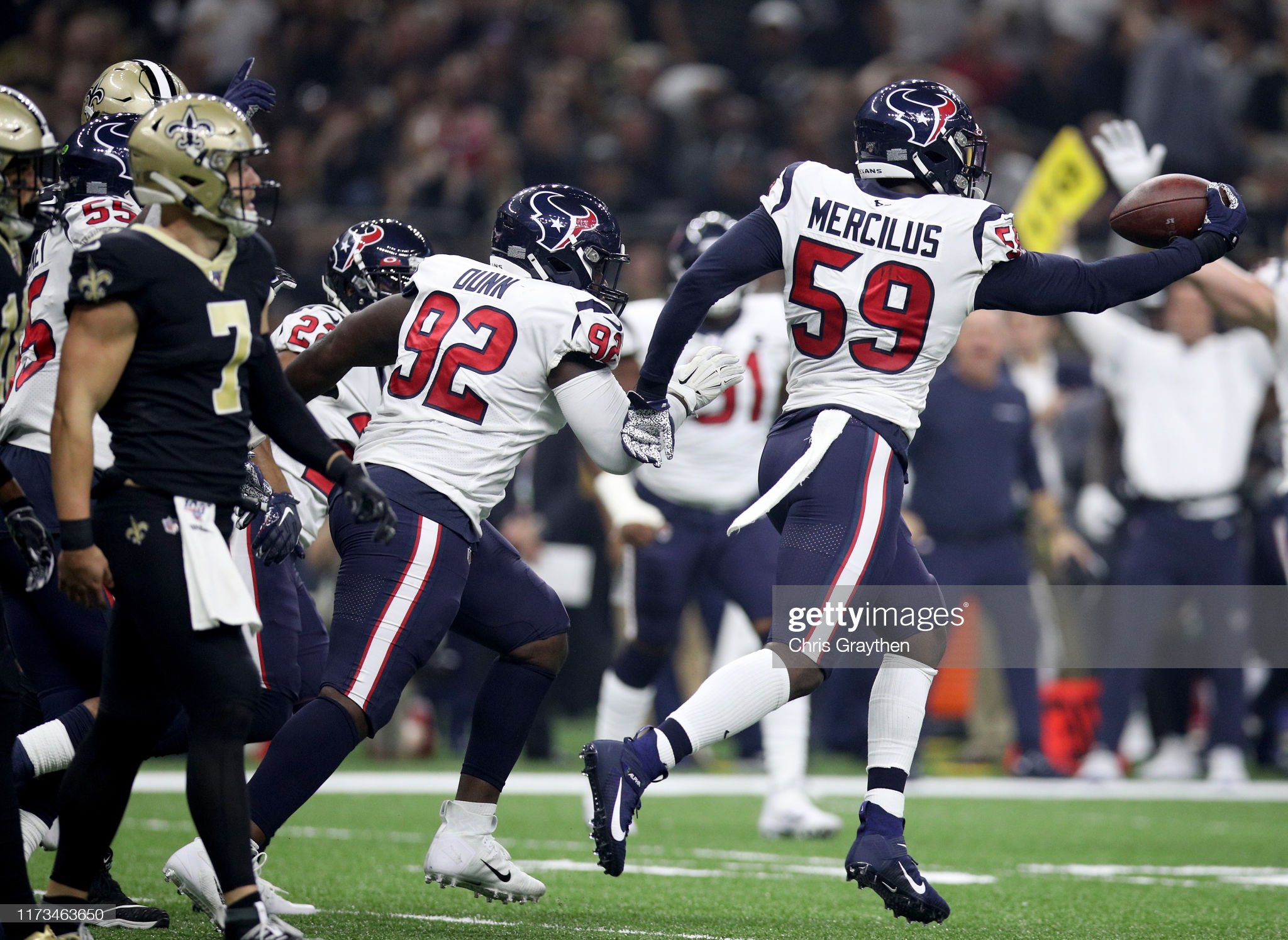 I think that Mercilus was the only player on defense that performed well tonight. He finished tonight with an interception and a sack. He is off to a great start after being misused last season.

Not going to sugar coat it. The playcalling lost the Texans the game tonight. They grabbed the last minute lead, and didn’t have to do much in order to close it out. It was 6 seconds to go and the Saints was at the Texans 49 yard line. Obviously you would call either a press man defense or a cover-2, right? Romeo Crennel decided to call a prevent defense to prevent getting beat deep, when the Saints only needed about 7 yards to be in FG range. Playing scared instead of playing smart cost the Texans a key victory last night, and coaching has a big thing to do with it. 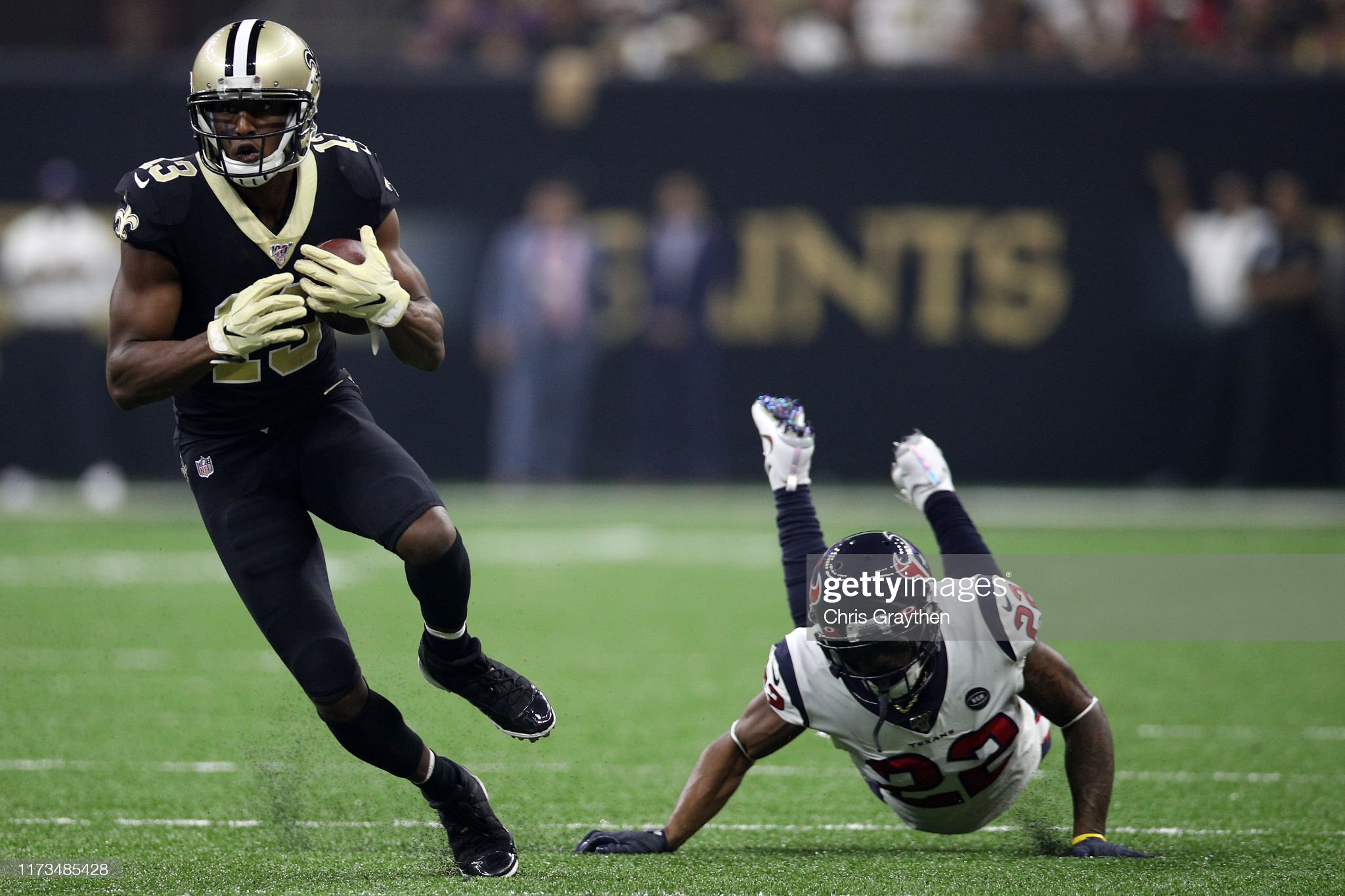 Silly of me to have high hopes for Colvin this season. The CB got exposed last night, especially in the second half. The Saints played the “whoever” offense on the Texans, meaning whoever Colvin was on was who Brees was going to throw it to. Colvin gave up a TD, a potential game sealing deep ball, and the pass that got the Saints in FG range. Rookie Lonnie Johnson Jr. may have to grow up sooner than later if Colvin can’t get it together.

That’s it for now. In conclusion, the Texans will have to find ways to beat elite teams. They have the talent to beat any team in the NFL, as shown last night. Now, they just have to actually go out there and do it.

Jacksonville next week. I’ll see you guys then!