This is what I expect from the Houston Texans, especially offensively. For the second time in franchise history, the Texans scored over 50 points in an NFL game, defeating the Falcons 53-32.  The Texans advanced to 3-2 of the season.

Let me get into the heroes of week 5: 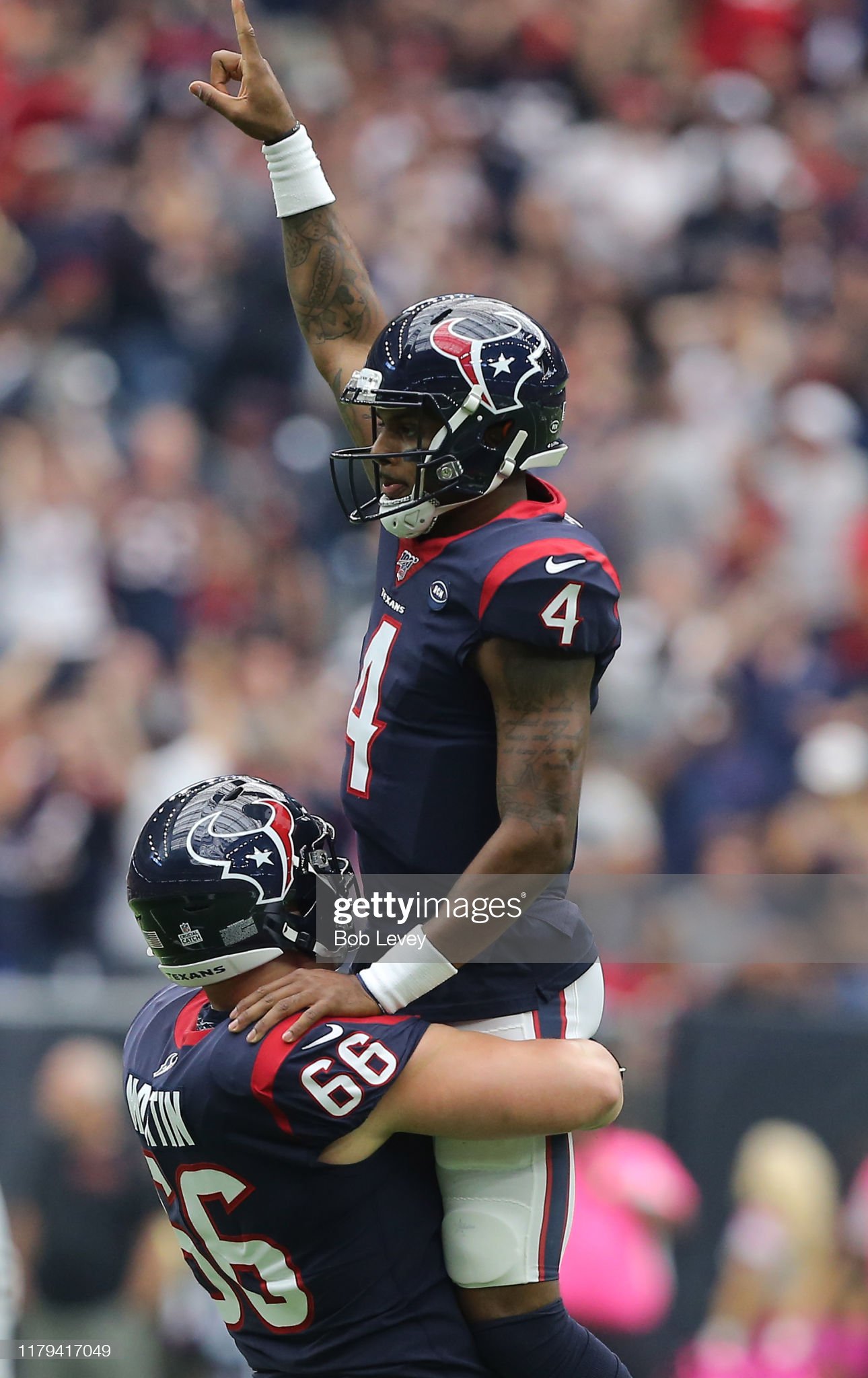 Today’s performance by Watson has been nearly perfect. That’s what his rating is, a perfect 158.3. Watson finished the day 28/33, 426 yards, and 5 TD’s. He had as many touchdowns as he did incompletions, which is incredible. We know Watson is more than capable of performances like these, and when he is on like this, the Texans are near impossible to defeat. 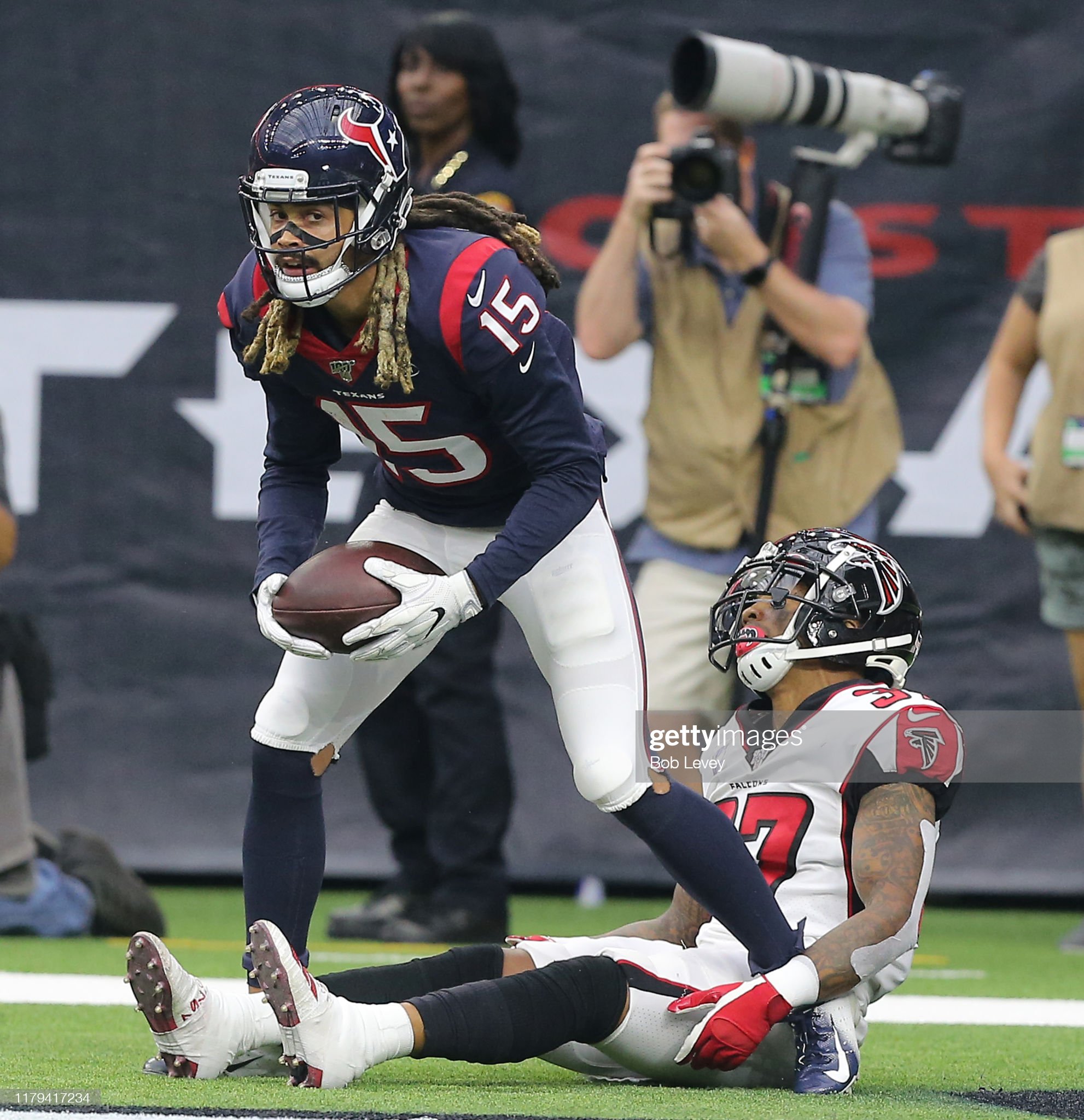 Will Fuller was due for a breakout game. Coming into this game, Fuller had 14 receptions for 183 yards and 0 TD’s. Fuller more than matched his season total this game, having 14 receptions for 217 yards and 3 TD’s. Because of Deandre Hopkins getting so much attention, Fuller saw many one on one opportunities today. He made the Falcon’s defense pay severely today. Like Watson, we know Fuller is capable of having big games. If he can consistently be a threat downfield, the Texans once again will be almost impossible to stop offensively. 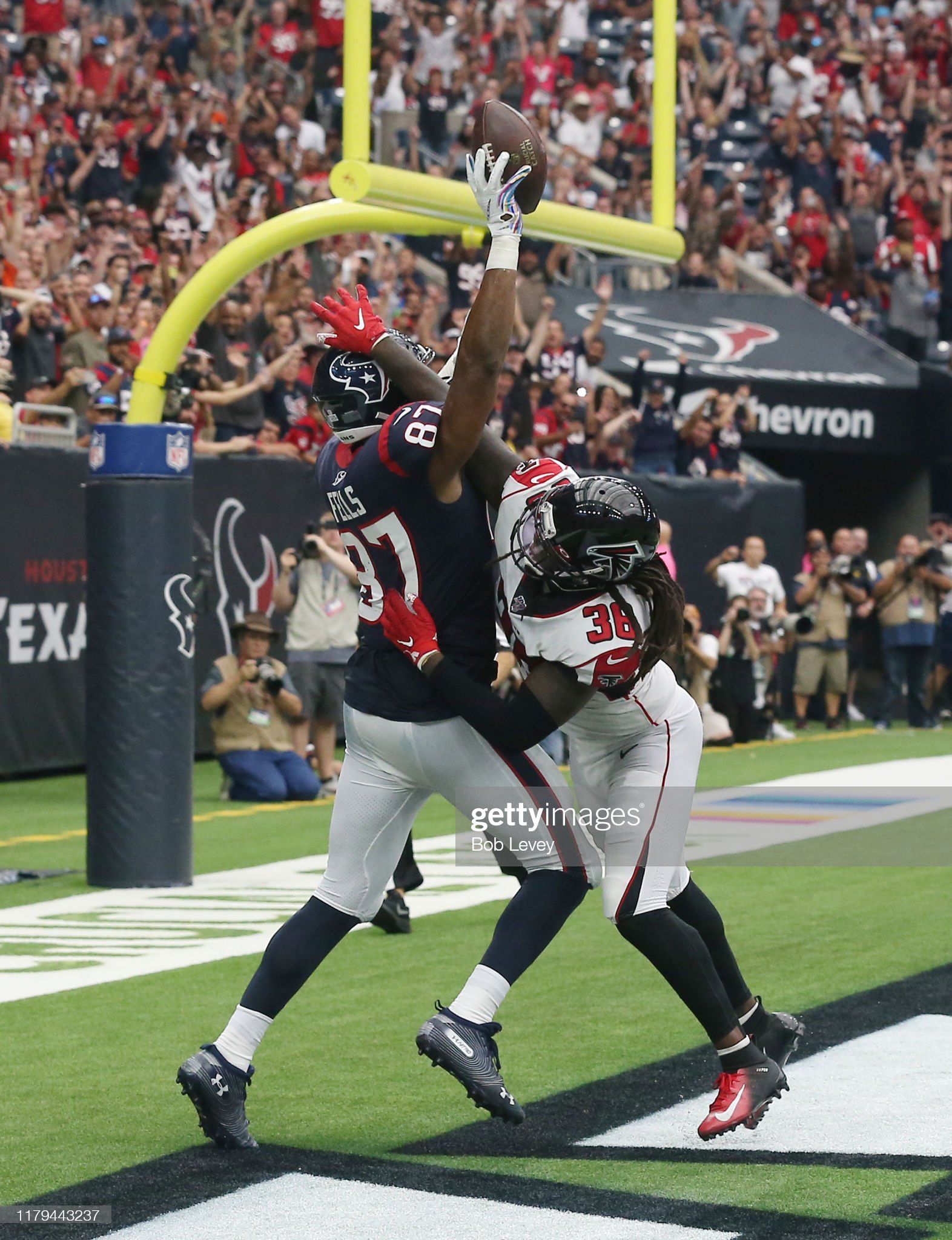 For the first time since Owen Daniels, the Texans have a TE. Darren Fells finished the game with 2 TD’s. Him and Jordan Atkins has been having a great season as a TE tandem. 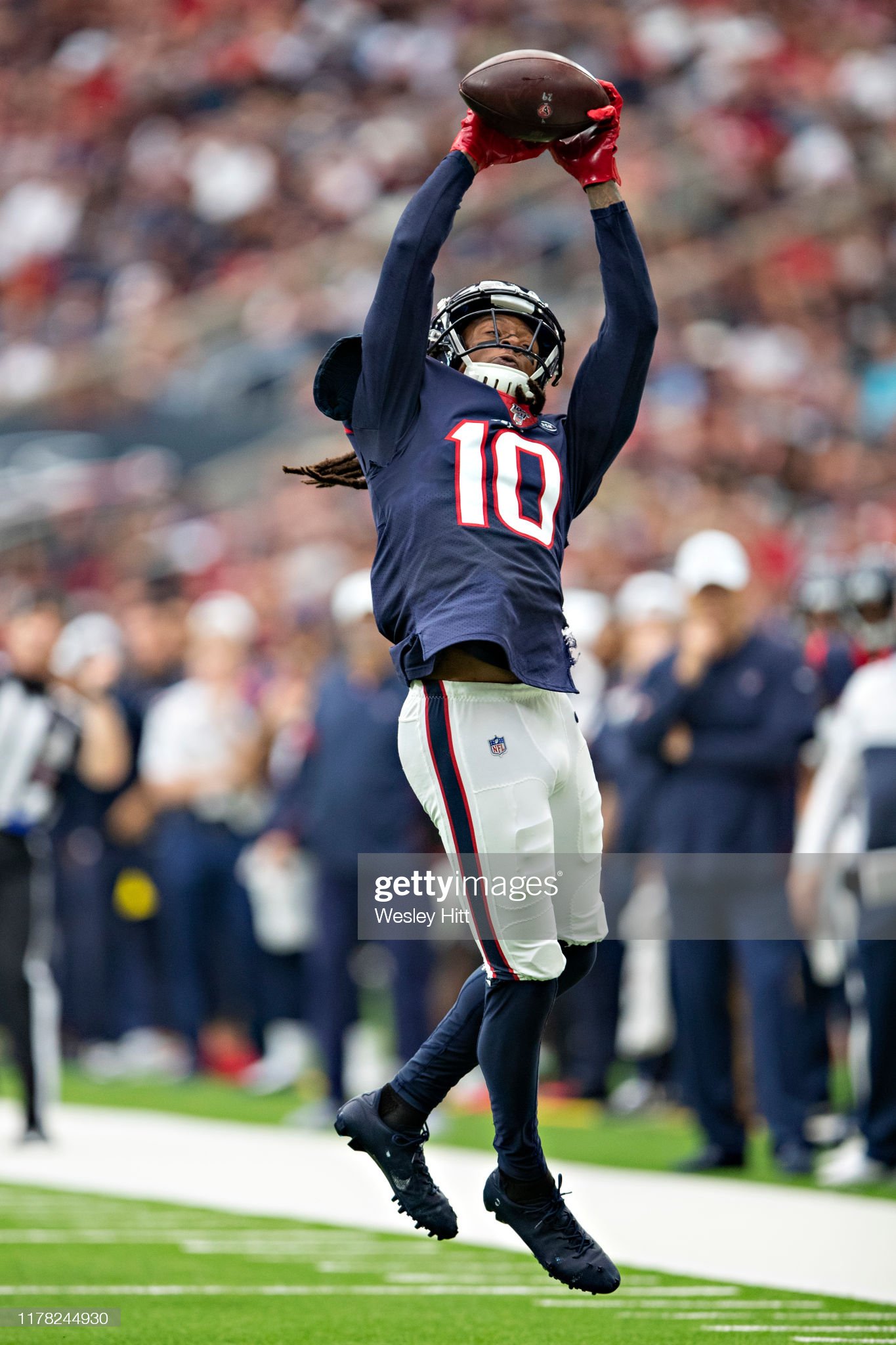 Sure Hopkins finished with 7 receptions for 88 yards, but he’s getting this recognition because of his presence. Defenders literally double team, sometime triple team, Hopkins. Today, defenders paid the price for it. Hop was the cause of this 53-point performance as much as anyone today. 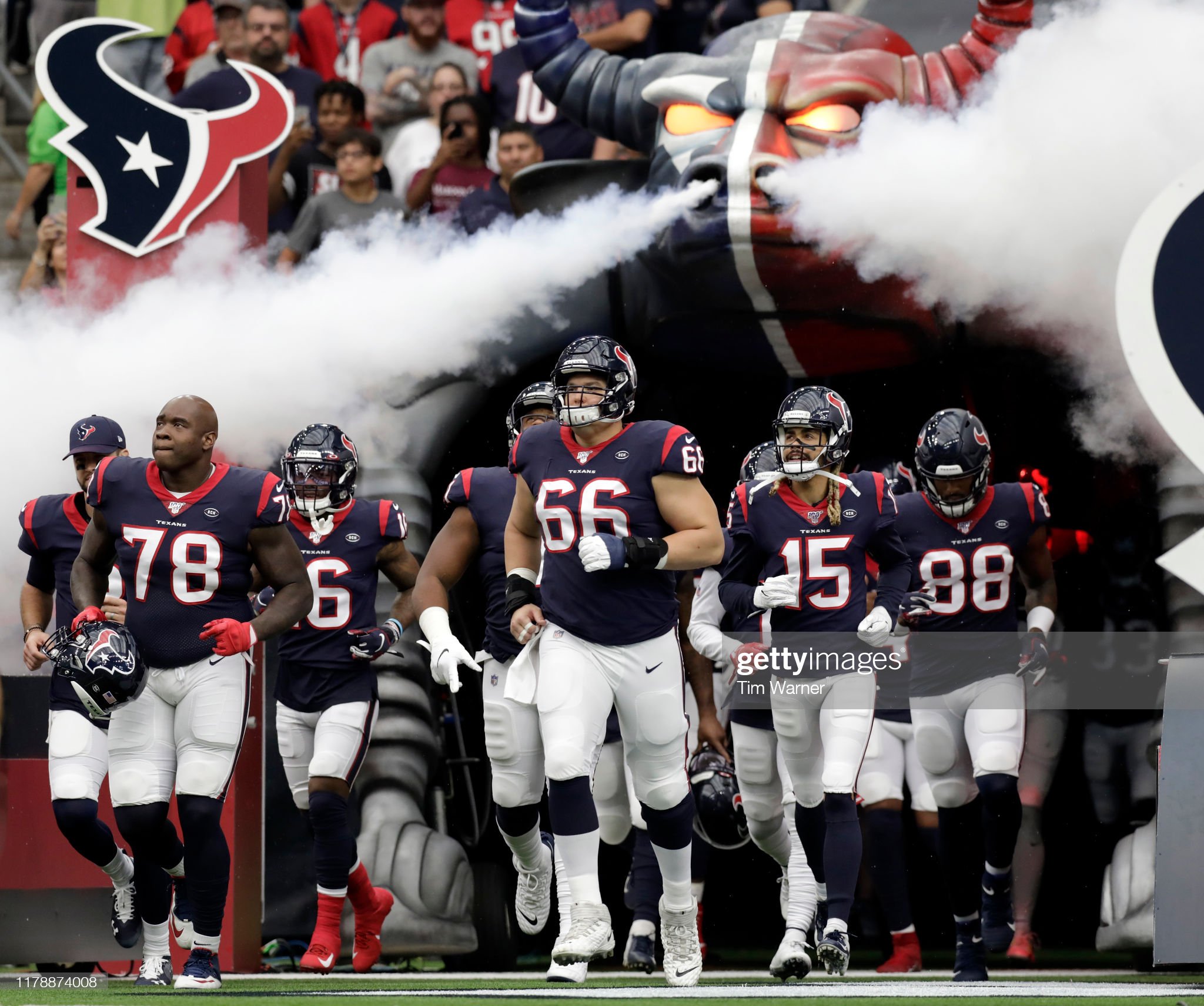 My last hero of week 5 goes to the Texans offensive line. This group has gotten so much unfair criticism this season. For today, the critics have been silenced. The offensive line allowed only one QB hit, followed with 0 QB hurries and 0 QB sacks. This group deserved as much credit for the offensive explosion today as anyone else. I’m proud of the performance and hope they can continue to build on this momentum to become a solid group.

Now that we covered the heroes, let’s get to the zeroes of week 5 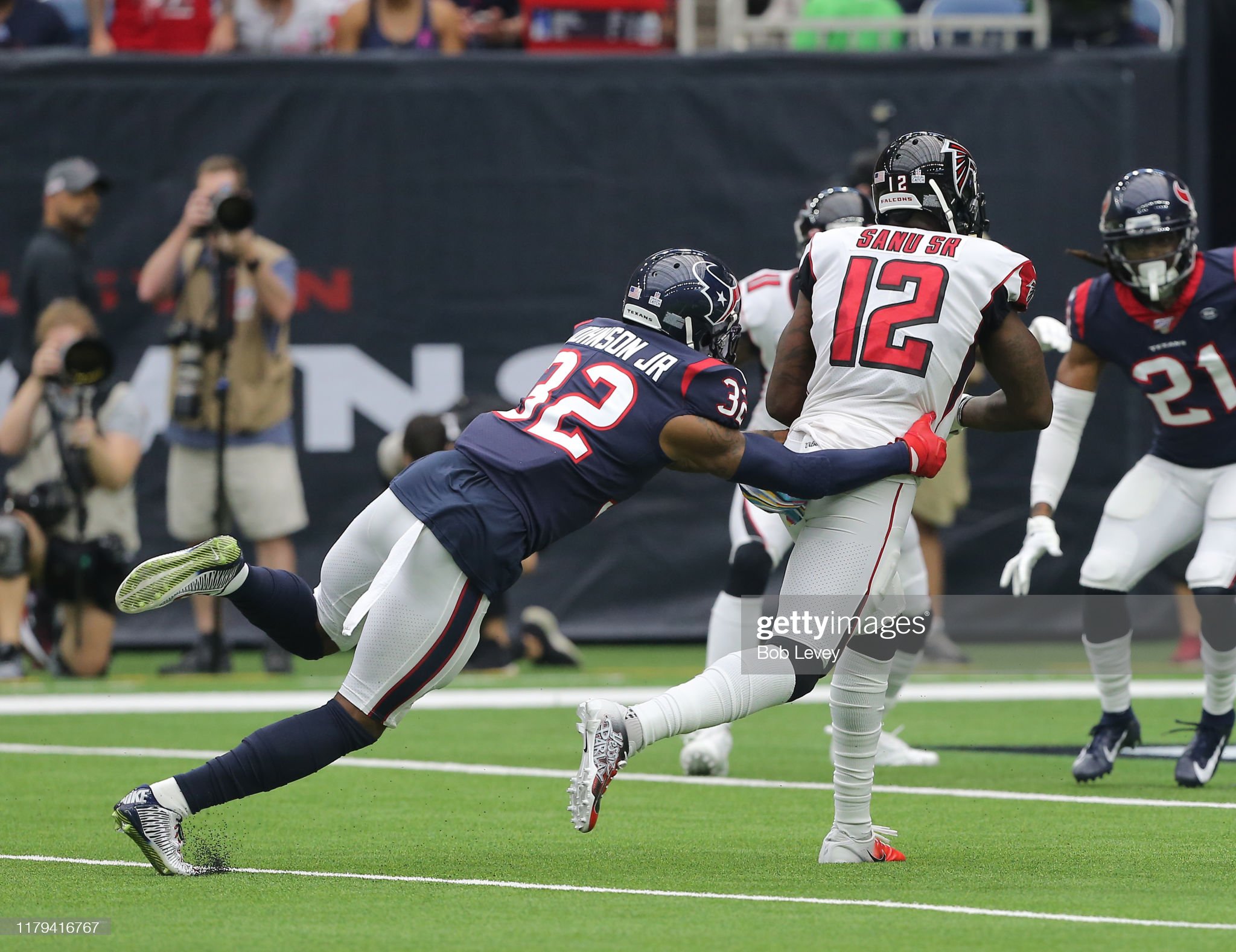 I can’t let the offensive slaughter that the Texans put on Falcons negate the fact that the Falcons offense dominated the Texans today. Matt Ryan finished today with 32/46, 330 yards, and 3 TD’s. This is unacceptable coming from the Texans defense. The strange thing about this is that the Falcons best WR, Julio Jones, was locked down today. He had just 3 receptions for 42 yards. You’d think if that happens the Falcons wouldn’t have scored so many points, yet they finished with 32 points today. The Texans will be seeing Patrick Mahomes next week. Though Ryan is an elite QB, this spells trouble for the Texans secondary against the Chiefs next week. They better regroup fast.

Well, that’s all I have. The Texans travel to Kansas City next week to face the red hot Cheifs. This is a game I have been looking forward to write about and watch. See you all next week for my predictions on that game. Until then, the Texans are 3-2!