The moment we have been waiting for!

We have witnessed many heartbreaking losses since Deshaun Watson became the Texans QB, primarily to elite teams. From 2017’s last second losses to Tom Brady and Russell Wilson, last year with the Philadelphia Eagles, to this year against Drew Brees and the Saints. We always knew the Texans were a good team, but were not an elite team. Not until they beat a SB contender team. Yes they beat the Chargers a few weeks ago, but this time, they finally did it.

I don’t know if I want to believe it yet, but this Texans team is special. They are a team with possibly the best offense in the NFL. Can they finally put it together and make a Super Bowl run? That remains to be seen. However, the Texans have finally beaten a top team in the NFL in convincing fashion.

Here are the Heroes of week 6: 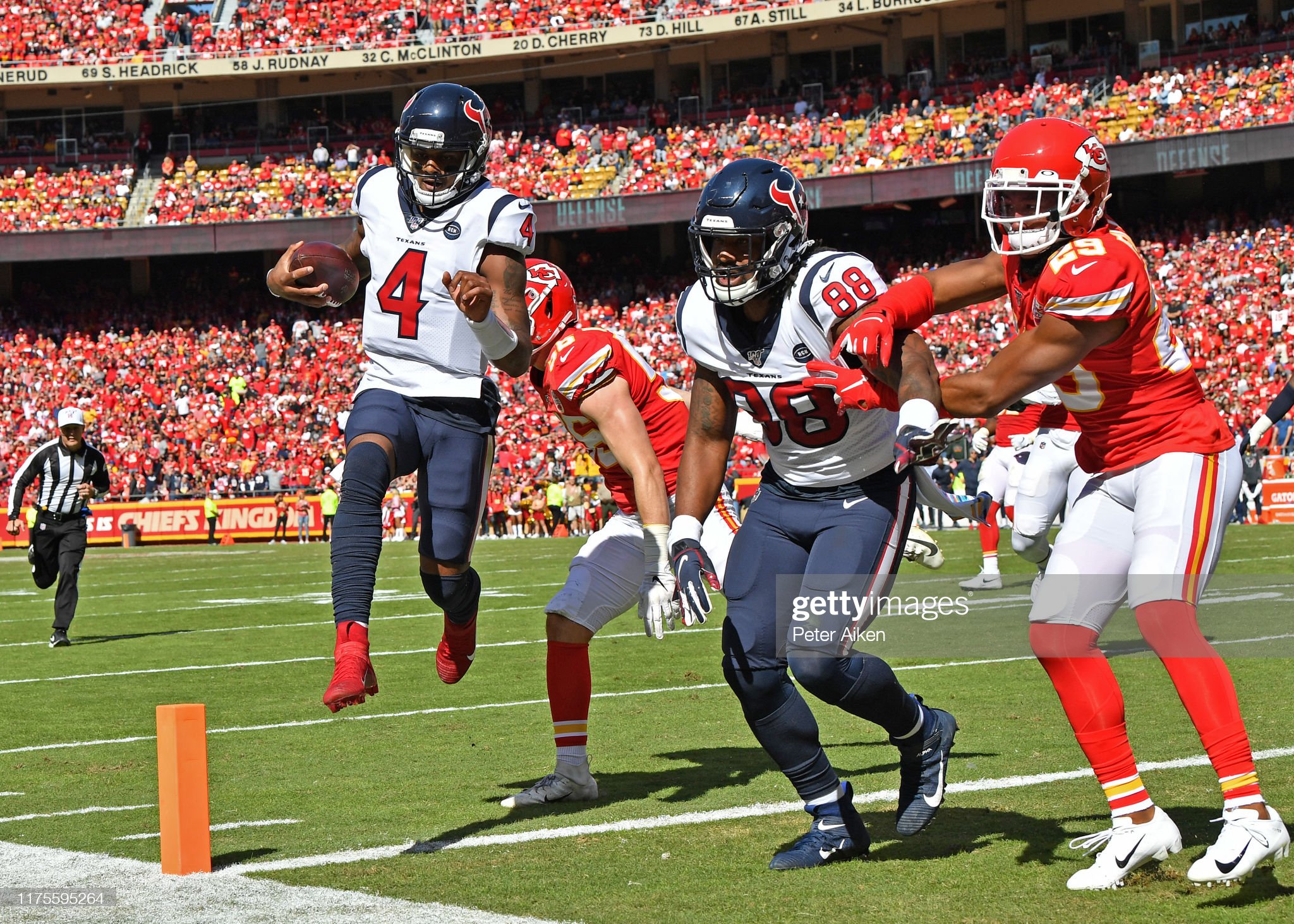 Watson has proven that whenever there’s a big game or playing in a hostile environment, those are the games he lives for. He always rises to the occasion and this game wasn’t any different. Watson finished with a total of 322 yards and 3 total td’s (1 passing, 2 rushing) with 2 interceptions. His numbers should be much higher due to Will Fuller and Deandre Hopkins dropping 4 TD’s. Watson could easily finished with 7 total TD’s and one interception. However, he looked in control today and dominated throughout the course of the game. This was a great performance from Watson. 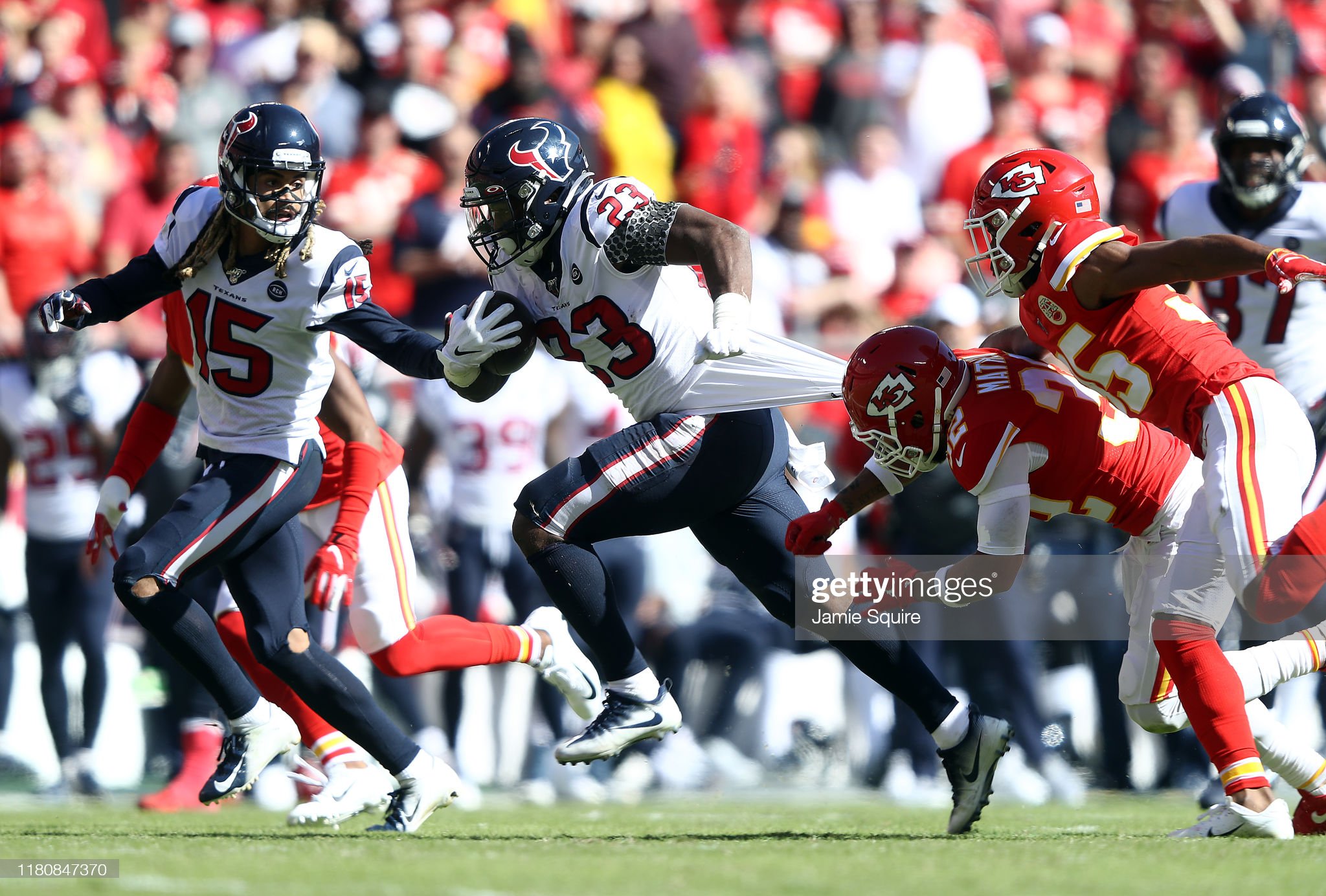 He started off with a fumble, but dominated the rest of the way. Carlos Hyde sliced and diced the Chiefs in the run game. When Hyde is playing his north-south type run style, the Texans are borderline impossible to stop on offense. Hyde finished with total of 130 yards an a TD against the Chiefs. Let’s hope he will keep running the ball as great as he has been and leading the Texans to more victories. 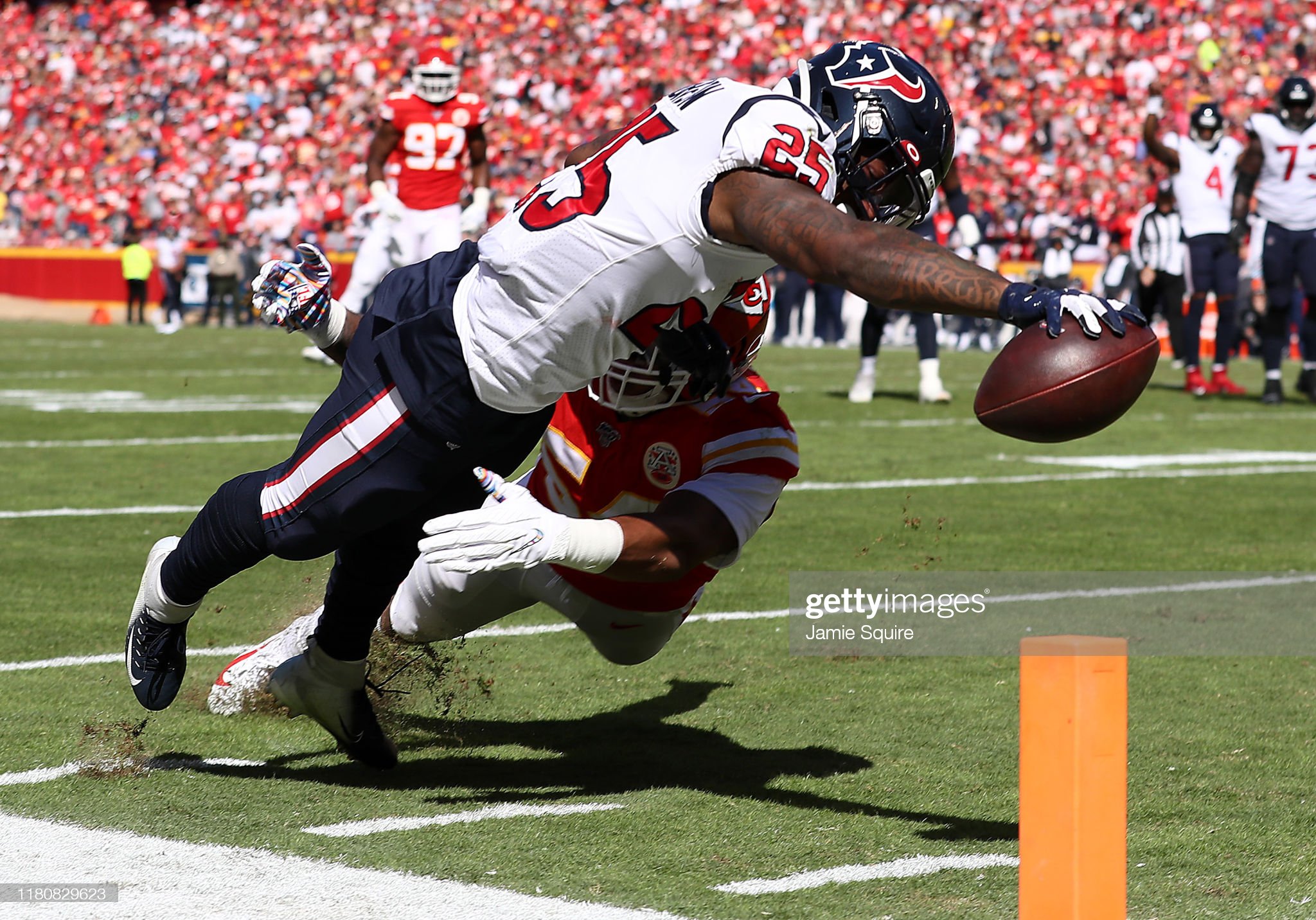 Hyde’s partner in crime, Duke Johnson, deserves a spot on this list. In only 7 total touches, Johnson finished with over 50 yards an a TD. He is the Texans’ unsung hero so far this season. Though the Texans have so many weapons on offense and only one football, they must find a way to get Johnson more touches. He is absolutely dynamic with the ball in his hands. 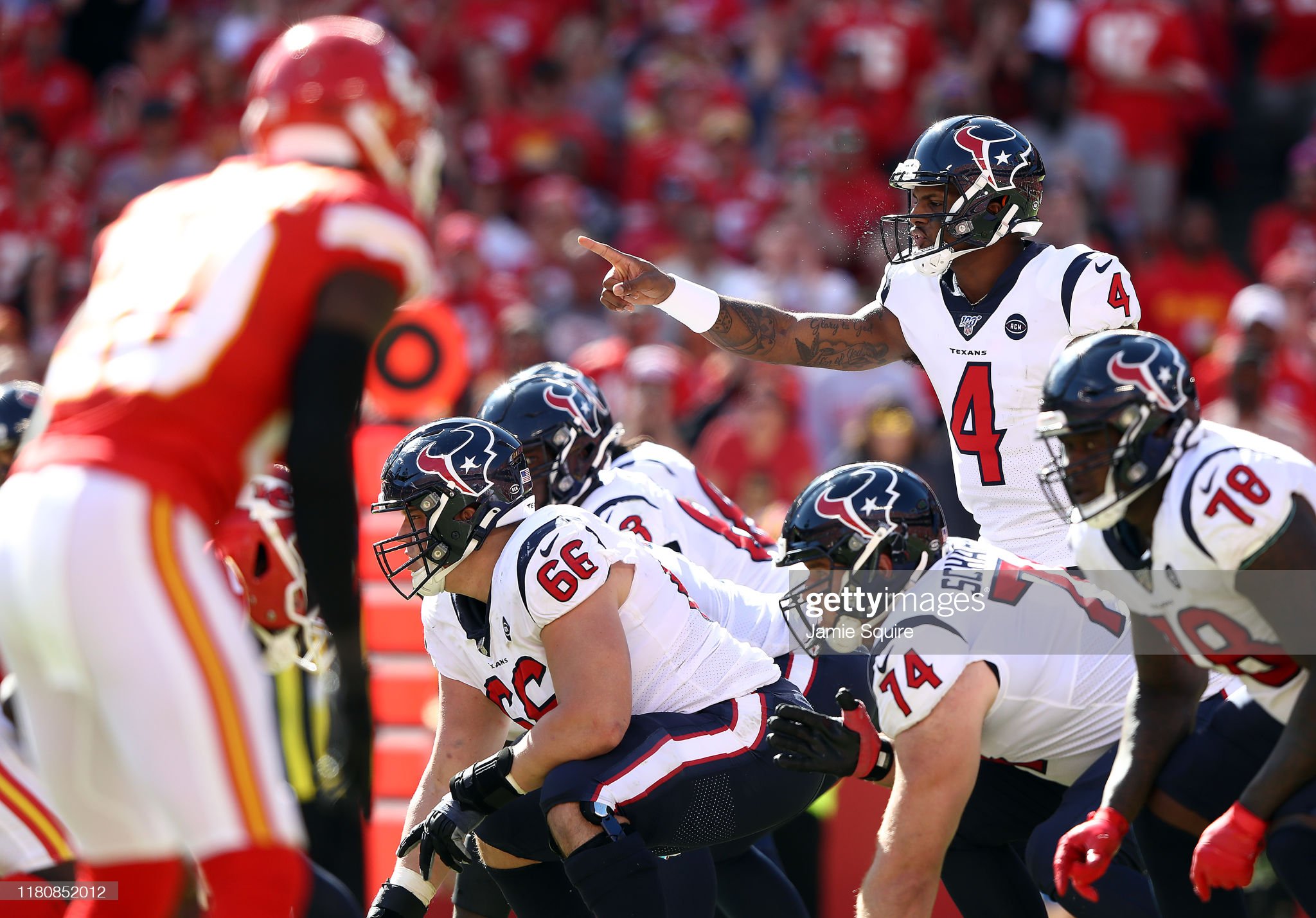 For the second week in a row, the Texans offensive line did not register a sack to Deshaun Watson. Watson has been hit only 2 times in the past 2 games. Not bad for what others say is the “Worst offensive line in the NFL.”

The offensive line also helped open holes all day and rushed for a total of 192 yards and 3 td’s. They have looked dominant in the run game for most of the season. 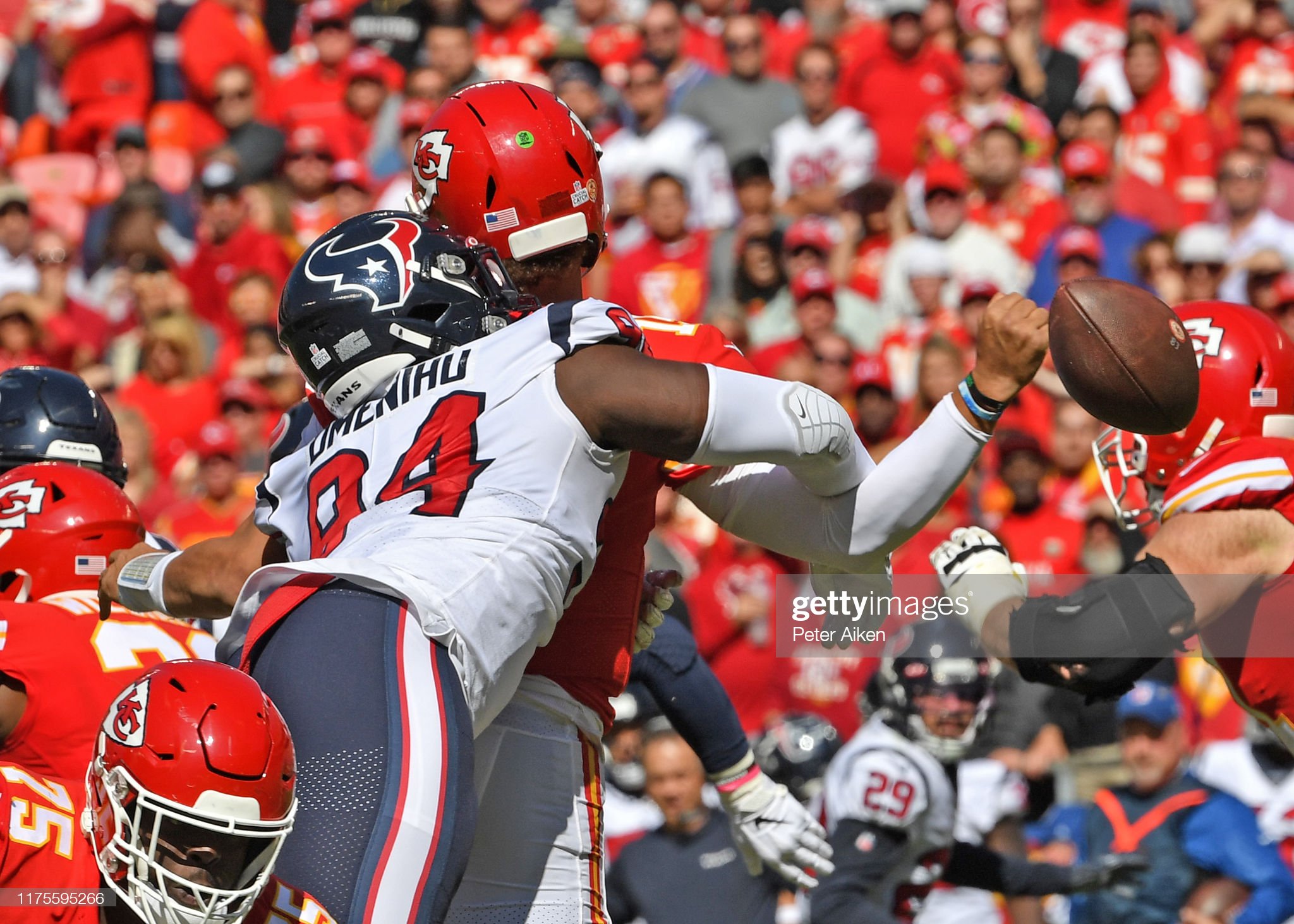 The first quarter was one of the worst for the Texans, especially on defense. Giving up a TD on 3rd and 21, allowing another TD before the end of the first quarter, and Justin Reid getting snagged on for a TD? The Texans were down 17-3 in the first quarter before we could even blinked. All Texans fans, me included, thought we were in for a long game. I am glad we were wrong.

The remaining 3 quarters belonged to the Texans defense, allowing only one TD to the best offense in the NFL. The Texans defense allowed a total of 302 yards, with most of the yards coming in the first quarter. The Texans caused two Mahomes turnovers, including  his first interception and fumble of the season. In the 4th quarter, the Texans held Mahomes to -4 yards passing. That’s almost unheard of. We scrutinized the Texans defense for not being able to hold on to a late fourth quarter lead, but this time they secured the lead and closed the game out. Kudos to them.

Now that we covered the heroes, here are the zeroes of week 6 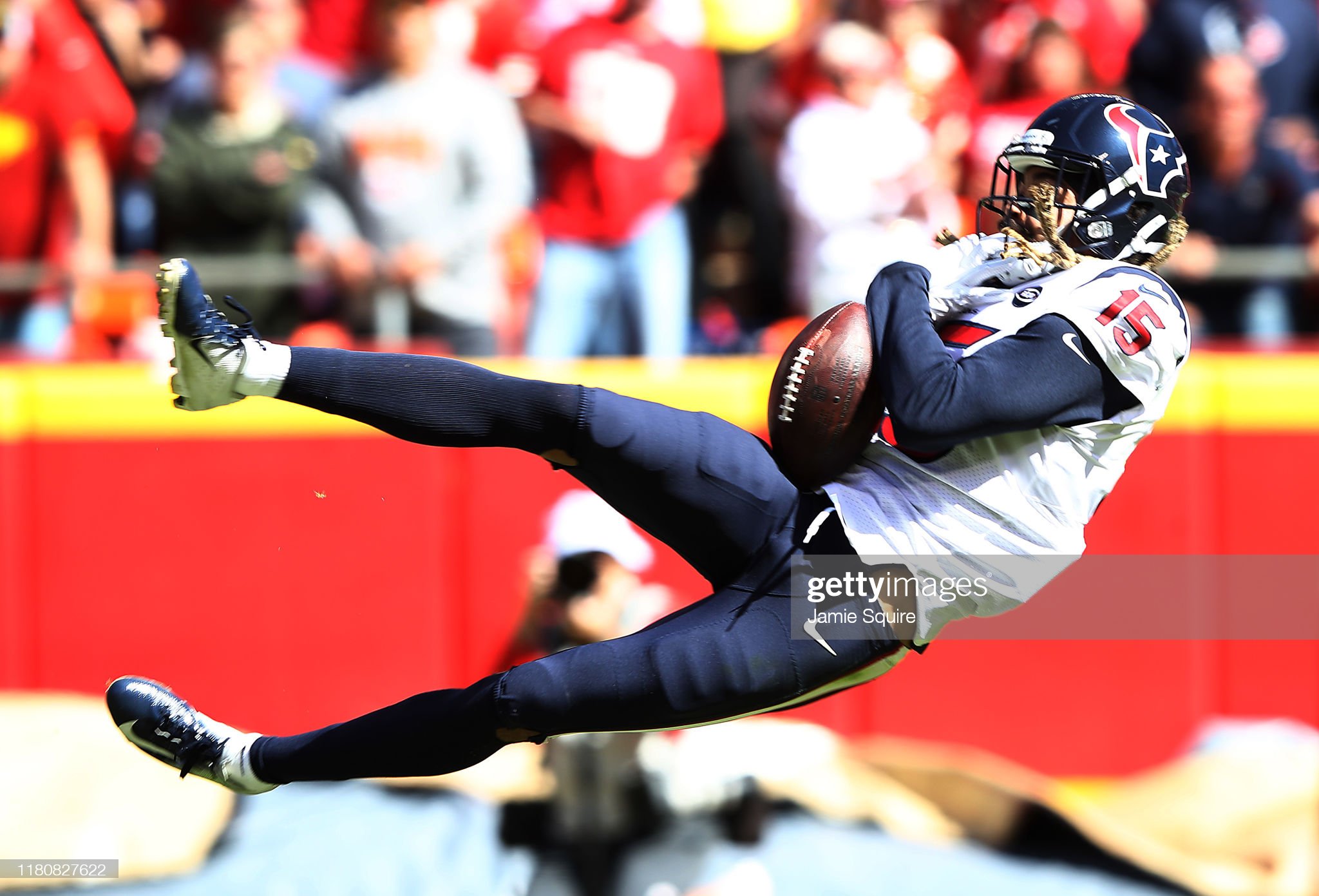 Will Fuller had the best game of his career last week, but you know what the crazy thing is? He could’ve had the second best game of his career this week. Fuller had no trouble getting open on the Chiefs all game, it was the catching part that he couldn’t figure out. Will Fuller dropped 3 TD passes today against the Chiefs. All were great throws by Watson that he just couldn’t secure. Had he caught all three, the Texans would’ve ran away with the lead today. They could’ve scored 40+ points in back to back weeks. No doubt, when Fuller holds on to the ball, the Texans are a nearly unstoppable team to beat on offense. 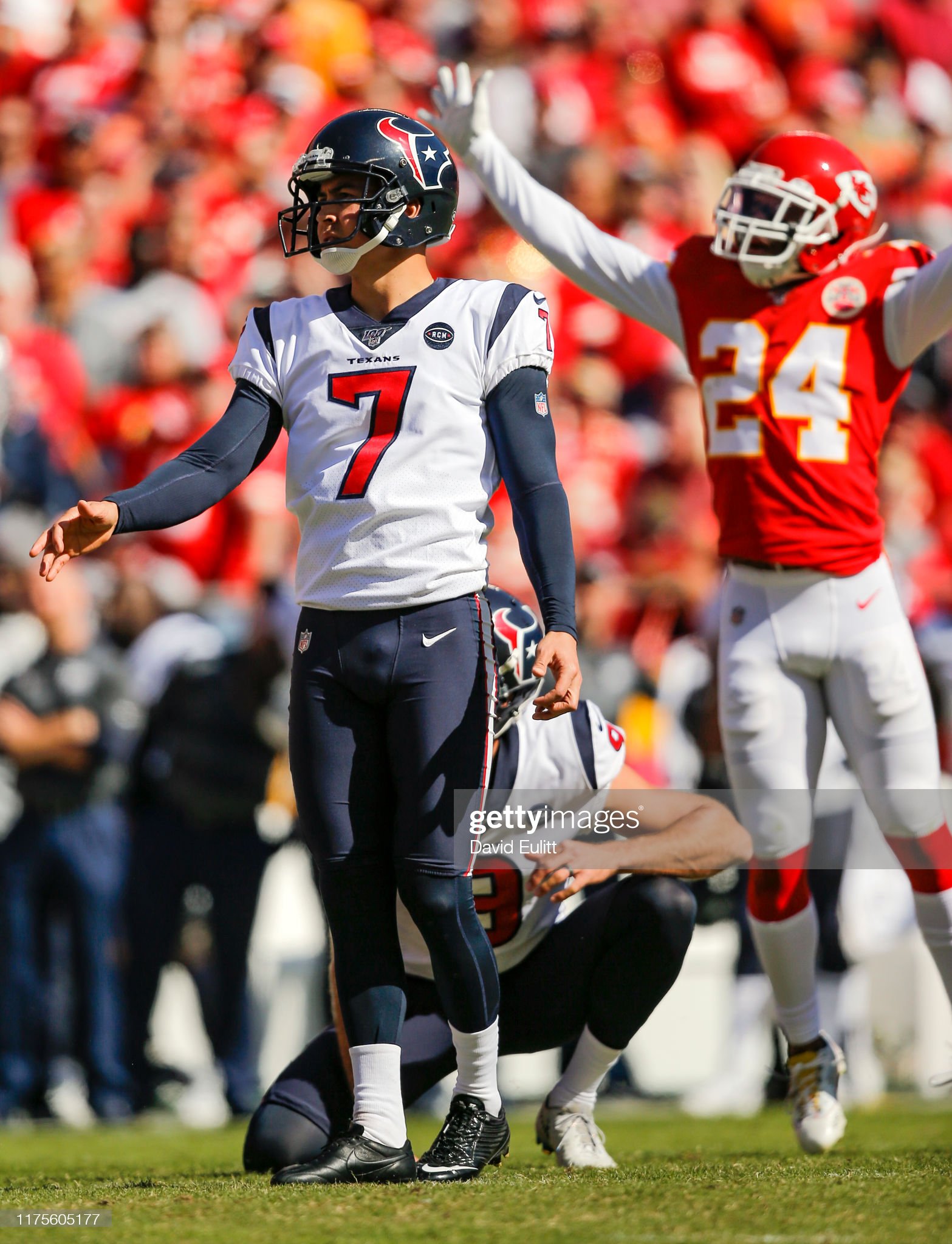 I believe that this is the last game we will see Ka’imi Fairbairn in a Texans uniform. Last year he played so well, only to have a subpar season this season. Fairbairn missed a FG along with an extra point today. Just like Fuller costed the Texans points, Fairbairn costed the Texans 4 points. He missed 4 extra points in 6 games this year. I’m more than sure that we won’t be seeing Fairbairn for much longer.

That is all I have for today. I am so proud of the Texans victory today. The question is, how will they perform next week? Will they keep up the momentum and beat the Colts in Indianapolis, or let this one slip like they did against Carolina after beating the LA Chargers? Next week will tell it all. Until then, Later!